8 most searched mobile phones on internet in the year 2017 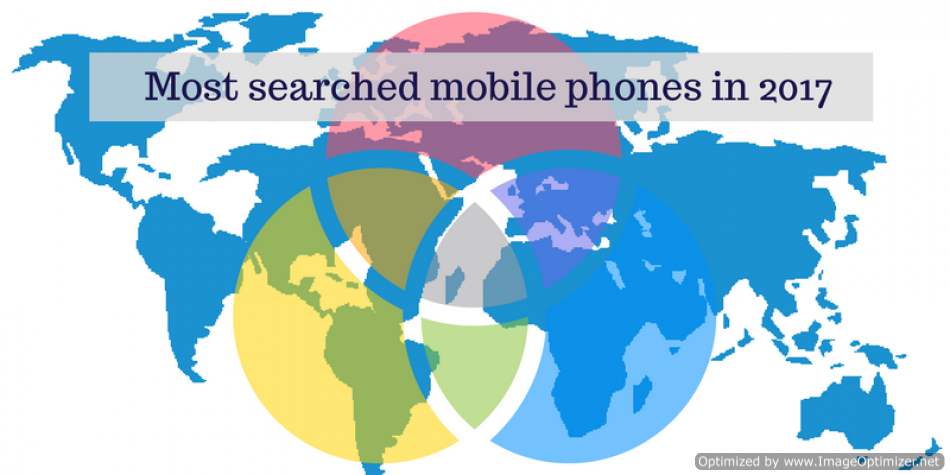 As we all are approaching to the new calendar year with only few days left for 2017 so it’s quite natural to be curious that what was trending and most searched topics around the globe as all major tech giants are revealing the user search behaviors on their platforms. The overall top search term in US and internationally is reserved by “Hurricane Irma” and it also triggered the considerable volume of “How to” searches like how to become firefighters, paramedics, social workers, and activists. “In these moments and others, our collective humanity shined,” remarked Google.

When it comes to the all-time booming cell phone industry then it’s quite candid to know that Pixel series from Google was not as much anticipated as it was expected to be. But on the other hand this year has received some innovative products and launches coming straight from the battlefield of Android and iOS. And with no surprise the Apple distinguished itself by standing at top spot in mobile phones category with Apple 8 and Apple x.

Here is the List of 8 most searched mobile phones in 2017.

We were expecting Xiaomi phones in the list considering their global expansion through Pakistan, India, Mexico and other countries but let’s keep our fingers crossed for the next year. Some other notable mobile phone manufacturers who were well assumed to be in the list but somehow couldn’t gain the spot are:

These trends only reflects the top search queries from users around the world and not necessarily indicates the success and popularity of these brands globally and their distribution countries.

As we mentioned that according to google top two spots were secured by Apple followed by one Samsung phone. Two Nokia phones are also part of the list along Oppo, OnePlus and recently launched Razer phone. 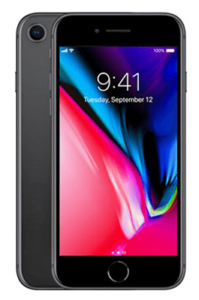 iPhone 8 grabbed the top spot in most searched mobile phones in the world. This phone is just launched in September 2017 but we can reckon the anticipation for this phone in users. Apple claims that the phone is made of the most durable glass ever in a smartphone, front and back and with color‑matched, aerospace‑grade aluminum band. Some key features of the phone are its wireless charging ability, Retina HD display, True Tone technology which automatically adjusts the white balance to match the light around you for better readability experience.

Apple has introduced A11 Bionic in iPhone 8 with four efficiency cores that are up to 70 percent faster than A10 Fusion. And two performance cores that are up to 25 percent faster. iPhone 8 comes in two screen sizes 4.7‑inch and 5.5‑inch and features a more advanced 12MP camera with a larger, faster sensor, a new color filter, deeper pixels and optical image stabilization for photos and videos. GPU used in iPhone 8 is also designed by Apple and said to be 30 percent faster than A10 Fusion. It’s also equipped with A11 Bionic which enables its user to experience augmented reality apps and games. This phone runs on iOS 11. Now let’s wait that how long this phone will possess the top spot in coming year. 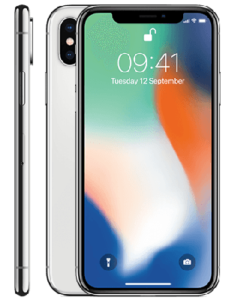 Truly the most anticipated and awaited flagship device from Apple on its 10th anniversary. Apple iPhone x which stood up on 2nd spot globally when it comes to the users search volume in the category of mobile phones and consumer electronics. iPhone X was launched in November 2017 and soon became the sensation in techies and iPhone lovers. It’s a feature-rich phone with Face ID which liberates its users to have more secure authentication to use their face to unlock and authenticate in more secure and private way.

Face ID is enabled by the TrueDepth camera which is simple to set up. It projects and analyzes more than 30,000 invisible dots to create a precise depth map of your face. iPhone X has telepotho camera with 12MP sensors.Apple has also introduced A11 Bionic. A very powerful and smartest chip with a neural engine that’s capable of up to 600 billion operations per second.

Apple has used Hexa-core 2.39 GHz processor in the phone  The four efficiency cores in the all‑new CPU are up to 70 percent faster than A10 Fusion and the two performance cores are up to 25 percent faster. Camera of the phone is Dual 12 MP with new color filter, deeper pixels, and a new telephoto camera with OIS. 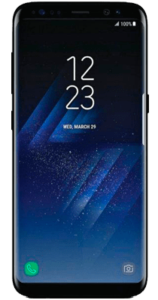 The only Samsung phone managed to secure the position in top 8 phones searched globally is Samsung Galaxy S8 which was launched back in April 2017. It’s the direct successor of Galaxy S7 and S7 plus. Galaxy S8 has the Infinity Display with end-to-end screen that spills over the phone’s sides, forming a completely smooth, continuous surface with no bumps or angles and results in a beautifully curved, perfectly symmetrical, singular object.

S8 features fingerprint and iris scanner so it gives its users more security and privacy in order to protect their phones. Its IP68 certified option adds water and dust proof features to the phone. It runs on Android 7.0 Nougat and equipped with smart assistant known as “Bixby”, which is designed primarily to interact with Samsung’s bundled applications and other supported services. The feature allows the use of voice commands to perform different phone functions. Phone size is 5.8 inch with infinity display which means that it has virtually no bezel. CPU of the phone is Octa-core 4×2.3 GHz with two variants of GPU Mali-G71 MP20 and Adreno 540. 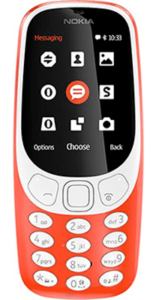 Nor you need to pinch yourself nor you have time traveled to the past. You heard it right but with one Exception. It’s not that old “All time Hit” 3310 but a newly launched Nokia 3310 2017 from the company in May 2017 and a true fusion of Modern-classic look. Considering the fame of its predecessor Nokia was so right to re-launch the phone equipped with modern day needs as it has received a considerable user anticipation globally.

Even though it’s not that featured rich phone operated by Android or any other smart operating system but yet good enough to give some nostalgia and retro feelings. Some of Nokia 3310 key features are its massive battery time of one month. An upgraded legendary Snake game which makes it even more fun to play on the color screen. It comes in four distinct colors: Warm Red and Yellow, both with a gloss finish, and Dark Blue and Grey both with a matte finish. Now lets wait that in the year 2018 Nokia will surprise us with some other Relaunch from the classic lineup or not. 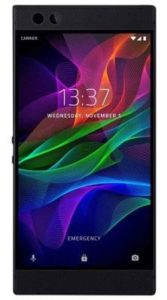 You must have heard of a famous gaming company “Razer” rooted in Singapore with relevantly a broader niche specific user-base and eminent vision “for gamers, by gamers,”. The company acquired Nextbit back in January and has announced its first device as a result of that acquisition. Which recently came out as a “Razer” phone. Although, the company has focused on gaming side but here we would like to add that it’s not just a gaming device as the company was also keen to emphasize that the phone is geared towards anyone that likes to consume entertainment on cellphone, whether that’s gaming, music, movies and so on.

The device comes with a 5.7” QHD (2K) IGZO LCD display along with wide color gamut and 120Hz refresh rate which is twice the refresh rate than most of the flagship devices offer. But that’s not all as the phone also has UltraMotion Technology with an adaptive refresh technology that syncs GPU and display to ensure no tearing or lag even at very high frame rates which is definitely a good thing as the display will not affect the battery life. The device comes with 8GB of RAM with Snapdragon 835 chipset as the company wanted to make sure that the device doesn’t lag even while playing high-end games. 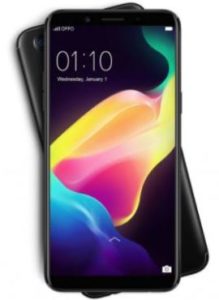 Oppo is Guangdong based chinese smartphone manufacturer company which was founded back in the year 2004. Since its inception Oppo stayed focused on its “Camera Phone” series and Oppo F5 is just another example of this. Oppo F5 smartphone was launched in October 2017. The phone comes with a 6-inch touchscreen display with a resolution of 1080 pixels by 2160 pixels. The Oppo F5 is powered by octa-core MediaTek MT6763T processor and it comes with 4GB of RAM. The phone packs 32GB of internal storage that can be expanded up to 256GB via a microSD card. As far as the cameras are concerned, the Oppo F5 packs a 16-megapixel primary camera on the rear and a 20-megapixel front shooter for selfies.

The Oppo F5 is a dual SIM (GSM and GSM) smartphone that accepts Nano-SIM and Nano-SIM. Connectivity options include Wi-Fi, GPS, Bluetooth, USB OTG, FM, 3G and 4G (with support for Band 40 used by some LTE networks in India). Sensors on the phone include Proximity sensor, Accelerometer, Ambient light sensor and Gyroscope. 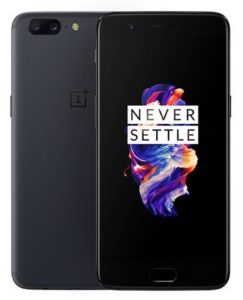 On number seven in the list we have OnePlus 5 from a Chinese mobile phone manufacturer which is headquartered in Guangdong. Although the company has very few products in its lineup until now but it never hold it back from gaining high spots in popularity giraph. OnePlus 5 is just another example of this. OnePlus 5 smartphone was launched in June 2017. The phone comes with a 5.5-inch touchscreen display with a resolution of 1080 pixels by 1920 pixels.

The OnePlus 5 is powered by 1.9GHz octa-core Qualcomm Snapdragon 835 processor and it comes with 6GB of RAM. The phone packs 64GB of internal storage that cannot be expanded. As far as the cameras are concerned, the OnePlus 5 comes packed with a 20-megapixel primary camera on the rear and a 16-megapixel front shooter for selfies. The OnePlus 5 runs Android 7.1.1 and is powered by a 3300mAh non removable battery. It measures 154.20 x 74.10 x 7.25 (height x width x thickness) and weigh 153.00 grams. 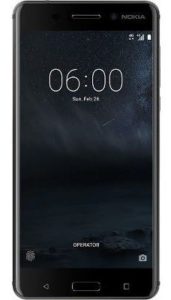 Four out of eight positions in most searched mobile phones around the globe are secured by two very known and senior game players. Yes, you got it right as i am talking about Nokia who also grabbed two positions along Apple. The latter Nokia 3310 was not a very high end mobile phone but the millennials had their memories attached to this but this Nokia 6 is an Android smartphone loaded with latest 7.0 Nougat version. It was launched in January 2017 with a 5.5-inch touchscreen display. The Nokia 6 is powered by 1.4GHz octa-core Qualcomm Snapdragon 430 processor processor and it comes with 3GB of RAM.

The phone packs 32GB of internal storage that can be expanded up to 128GB via a microSD card. As far as the cameras are concerned, the Nokia 6 comes packed with a 16-megapixel primary camera on the rear and a 8-megapixel front shooter for selfies. The Nokia 6 runs Android 7.1.1 and is powered by a 3000mAh non removable battery. It measures 154.00 x 75.80 x 7.85 (height x width x thickness) and weigh 167.00 grams.

Here we go with the Infographic: Cheers! 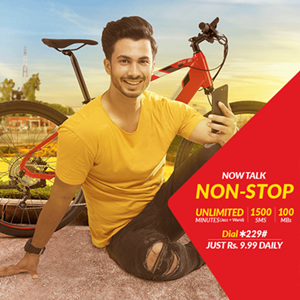 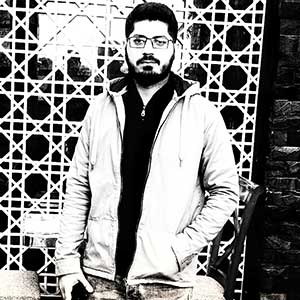 Ahsan takes care of Research and Development desk at Cells.pk with 8 Years of experience in managing quality of web & Mobile Apps. He’s a Technology enthusiast and loves to cover research based articles. E: [email protected]