AMPS
Advanced mobile phone service is a standard for analog signal cellular telephone service in the United States and is also used in other countries. It is based on the initialelectromagnetic radiation spectrum allocation for cellular service by the Federal Communications Commission (FCC) in 1970. AMPS allocates frequency ranges within the 800 and 900 MHz spectrum to cellular telephone. D-AMPS is the 2G version of this technology. AMPS uses cellular digital packet data (CDPD) to transfer data using unused bandwidth, at speeds up to 19.2 Kbps. Major carrier support for AMPS is likely to end in the US in 2008.

CDMA
Code-division multiple access is a form of multiplexing, which allows numerous signals to occupy a single transmission channel, optimizing the use of available bandwidth. CDMA employs analog-to-digital conversion (ADC) in combination with spread spectrum technology. The technology is used in ultra-high-frequency (UHF) cellular telephone systems in the 800 MHz and 1.9 GHz bands. IS-95 uses CDMA.

CDMA2000
CDMA2000 is a CDMA version of the IMT-2000 standard developed by the International Telecommunication Union (ITU). CDMA2000 supports mobile data communications at speeds ranging from 144 Kbps to 2 Mbps.

CSD
Circuit switched data was the original form of data transmission developed for TDMA-based networks, typically at speeds up to 9.6 Kbps.

EDGE
Enhanced data GSM environment is a faster version of GSM service. The EDGE standard is built on the existing GSM standard, using the same TDMA frame structure and existing cell arrangements. EDGE provides data at rates up to 384 Kbps.

FDMA
Frequency division multiple access is the division of the frequency band allocated for wireless cellular telephone communication into 30 channels, each of which can carry a voice conversation or, with digital service, carry digital data. FDMA is a basic technology in the analog advanced mobile phone service (AMPS), the most widely-installed cellular phone system installed in North America. With FDMA, each channel can be assigned to only one user at a time.

GAN
The generic access network, formerly known as unlicensed mobile access (UMA), is a mobile telephony system designed to allow seamless roaming and transfer between LANs and WANs using a dual-mode phone. The system is based upon use of unlicensed spectrum with technologies like Bluetooth, WiFi, GSM and GPRS. GAN enables carriers to deliver voice, data and SIP applications to phones on multiple networks.

GSM
Global system for mobile is a digital mobile telephone system that is widely used in Europe and other parts of the world. GSM uses a variation of TDMA and is the most widely used of the three digital wireless telephone technologies (TDMA, GSM, and CDMA). GSM digitizes and compresses data, then sends it down a channel with two other streams of user data, each in its own time slot. It operates at either the 900 MHz or 1800 MHz frequency band.

HSDPA
High-speed downlink packet access is the next phase of UMTS, with data transmission speeds up to 10 Mbps, based upon the WCDMA protocol.

iDEN
Integrated digital enhanced network is a wireless technology from Motorola that combines the capabilities of a digital cellular telephone, two-way radio, alphanumeric pager, and a data/fax modem in a single network. iDEN operates in the 800 MHz, 900 MHz, and 1.5 GHz bands and is based on TDMA and GSM architecture.

Mobitex
Mobitex is a wireless network architecture that specifies a framework for the fixed equipment necessary to support all the wireless terminals in a packet-switched, radio-based communication system. Mobitex operates at 80, 400, or 900 MHz. Mobitex also may refer to Mobitex Technology AB, a provider of wireless communications spun off from Ericcson.

NMT
Nordic mobile telephone is a standard based upon analog technology that operates within the 450 and 900 MHz bands.

PCS
Personal communications services refers to wireless phone networks that are similar to cellular telephone networks but emphasize personal service and extended mobility. Several technologies are used for PCS, including TDMA, CDMA, and GSM. PCS operates in the1850 to 1990 MHz bands.

PDC
Personal digital cellular is a Japanese standard that uses TDMA. The technology is used in the 800 MHz and 1.5 GHz bands.

PHS
Personal handyphone system refers to the network developed by NTT DoCoMo that provides devices that function both as a cordless phones in the home and as mobile phones elsewhere. PHS also handles voice, fax, and video signals at data rates up to 64 Kbps.

TDMA
Time division multiple access is a technology used in digital cellular telephone communications and radio networks that divides each cellular channel into three time slots in order to increase the amount of data that can be carried. TDMA is used by D-AMPS, GSM, and PDC. The United States standard for TDMA for both the cellular (850 MHz) and PCS (1.9 GHz) spectrums. TDMA is also used for digital enhanced cordless telecommunications (DECT).

TD-SCDMA
Time division synchronous code division multiple access is a mobile telephone standard that combines TDMA with an adaptive, synchronous-mode CDMA component. TD-SCDMA combines support for both circuit-switched data, such as speech or video, and also packet-switched data from the Internet, with data transmission at speeds up to 2 Mbps.

UMTS
Universal mobile telecommunications service describes broadband , packet-based transmission of multimedia content at data rates up to 2 Mbps to mobile device users globally. Based on the GSM standard, UMTS is endorsed by major standards bodies and manufacturers and is the planned standard for mobile users around the world.

WiDEN
The wideband integrated dispatch enhanced network is an upgrade to iDEN, with increased data rates up to 100 Kbps. WiDEN four combined channels at the 25 MHz band. 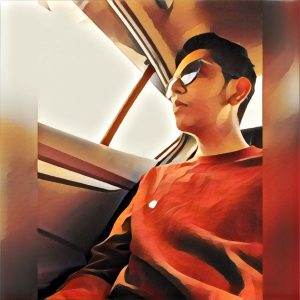